All Souls Day: Hope Does not Disappoint 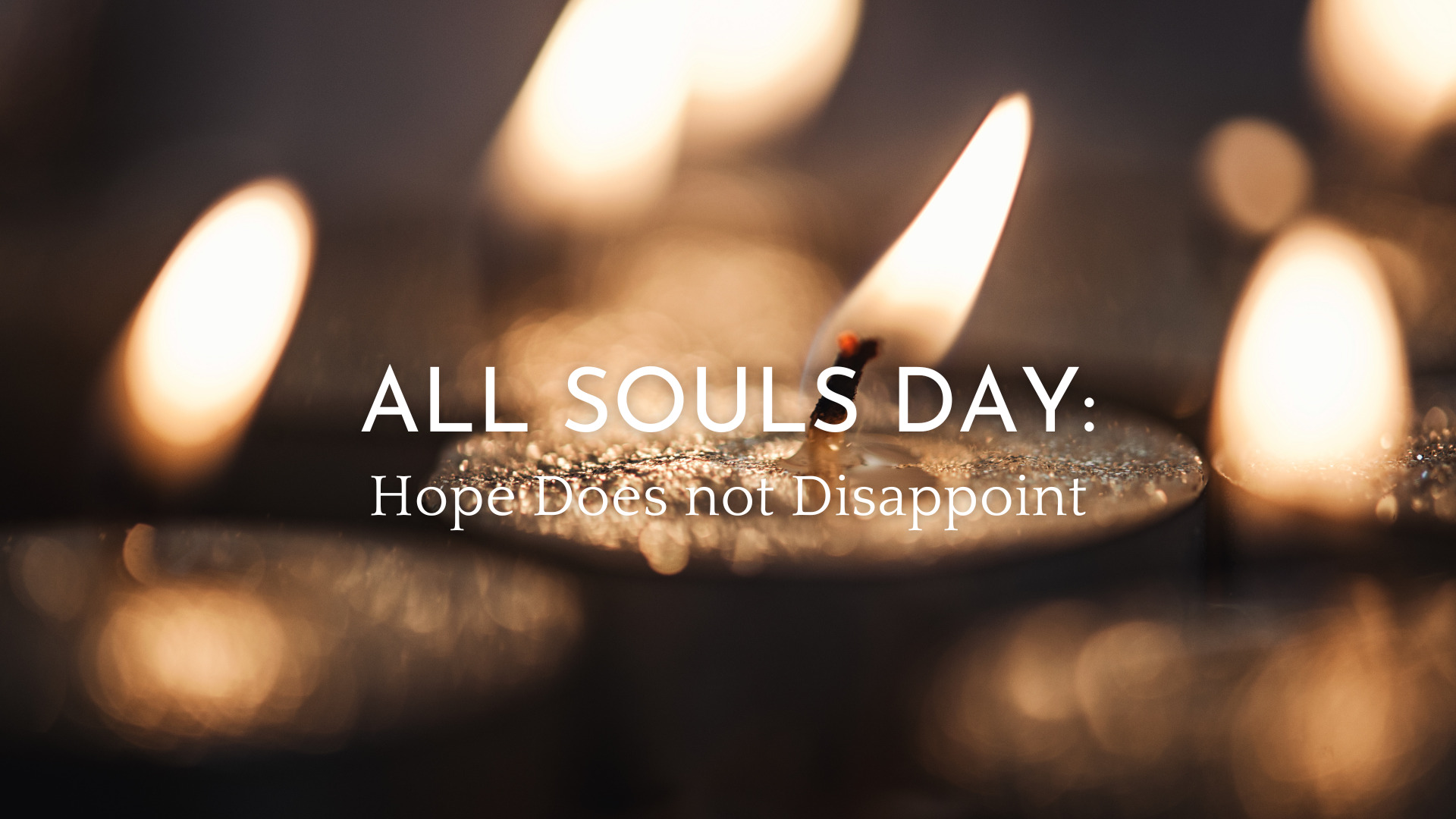 All Souls Day, a commemoration of all the faithful departed, falls on November 2. Throughout Christian history, many felt that besides funeral or anniversary rites, there should be an opportunity when the ordinary people, not just those canonized, could be prayed for.

This special day of reflection on the Feast of All Souls will give us all a chance to pray for our brothers and sisters who have gone before us in eternal life.

The retreat day will include a special All Souls prayer service, a retreat conference and small and large group sharing.