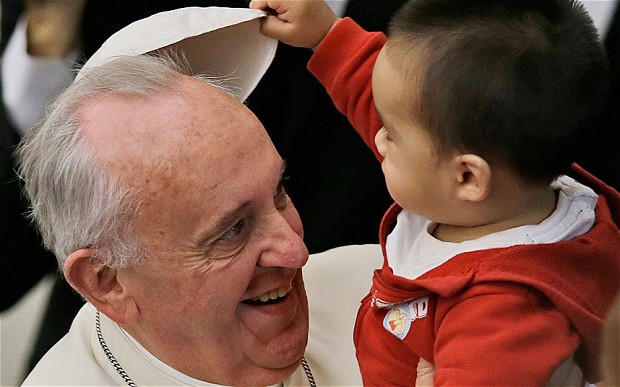 Recently, Pope Francis issued a legal new document about child protection and the manner in which allegations of sexual misconduct are to be dealt with in the Church. Commentators fall into two basic categories; those who say the new law is a great step forward, and those who say the new norms do not go far enough. Probably, both views are correct.

In the “norms are a step forward” category, the norms name all clergy and religious as mandated reporters in all instances of sexual abuse of minors and vulnerable adults. There are protections in place for these mandatory reporters, and courses of action to be taken in case of retaliation against them.

Minors are defined as those under the age of eighteen. Vulnerable adults are any persons over eighteen who are in a state of physical or mental infirmity or deprived of personal liberty in a way that limits understanding. Furthermore, victims must be listened to, respected and given whatever spiritual, medical or therapeutic assistance called for in the particular circumstance.
The norms also provide a framework for holding bishops accountable if they fail in their responsibilities to take action, or if they themselves are accused of misconduct.

In the “norms do not go far enough” category, is the fact that all the reporting and investigation of allegations remain within the Church, with bishops or archbishops or with Vatican officials. There is minimal possibility for the involvement of the laity in these processes, so for many, the new norms are not new at all.

There is one important point to be made here. Most dioceses in the United States have had a process for reporting sexual misconduct and investigating allegations in place since 2002. That was the year the Bishops’ Conference (USCCB) implemented what is referred to as the Charter for the Protection of Children. One of the deficiencies of the 2002 Charter is the lack of consequences for bishops who fail to take action when action is called for. The new norms issued by Pope Francis address this point of episcopal accountability, and the USCCB will work to amend the already existing Charter to include this essential point.

Even at this time in the life of the Church, many dioceses around the world have no norms in place for addressing this crisis of clergy sexual abuse, no system for reporting abuse, and no guidelines for carrying out investigations. As this new law is implemented throughout the entire Church, we pray that the scandal of sexual abuse will be rooted out completely and forever.
Note: The full text of Pope Francis’ apostolic letter issued “motu proprio” (by his own authority) is titled “Vos estis lux mundi” and available at www.vatican.va or at www.usccb.org.