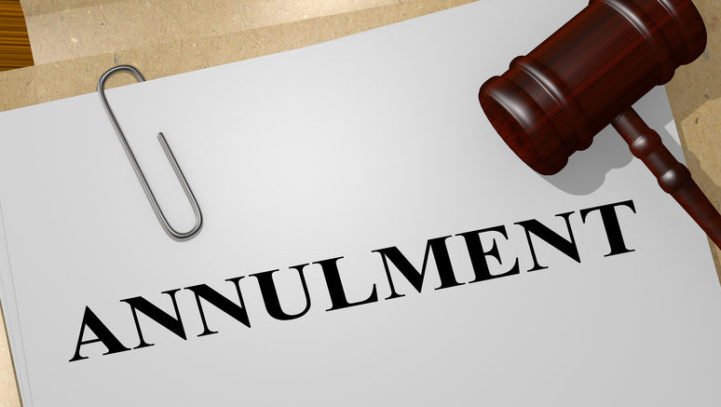 Sometimes, when couples want to make plans to marry in the Catholic Church, they are often surprised when one partner, especially if non-Catholic, must apply for an annulment.  How does it happen that even non-Catholics must abide by Catholic rules governing marriage?

Read about the changes made to the annulment process by Pope Francis.

Most Catholics are pretty clear about the rules for themselves: unless they get special permission, Catholics must marry before a priest and two witnesses, otherwise the marriage is not considered valid. Marriage in the Catholic Church is a sacrament, and sacraments are regulated by the Church.  Only the annulment process can determine when the sacrament of marriage is not a binding contract. Once a marriage is declared null; that is, determined never to have existed correctly, the Catholic person is considered not married, and may marry in the Church.

While Catholics are obliged to marry before a priest and two witnesses, members of other faith communities, either Christian or non-Christian, are under no such obligation. They may marry in a religious ceremony or a civil ceremony, or any other context and that marriage is considered by the Catholic Church to be a binding lifelong commitment.

For instance, John is a Catholic and has never been married before.  He is free to have a Catholic wedding.  Susan, his fiancé, is Lutheran.  She married another Lutheran (or a member of any non-Catholic faith community) and then divorced.  It makes no difference if Susan married before a Lutheran minister or before any other duly licensed Justice of the Peace.

These rules bring us good points and not so good points.  On the negative side, the rules can be very complex, and the annulment process can be difficult, time-consuming and somewhat intrusive for Catholics and non-Catholics alike.  Of course, another very serious difficulty is that not all marriages can be annulled.

On the positive side, the intent of the rules is to give great respect to the sacrament of marriage as a sacred vocation and a path to holiness.  Popes have taught that the family is the “domestic church,” in which children are evangelized by the faith of their parents.  Marriage is sacred because children are sacred, and family life is sacred.

The situation of the sacrament of marriage is very tenuous in today’s culture, where the divorce rate is almost 50%, and where more and more couples do not choose marriage at all, in any form, but rather simply live together.  Studies have shown that unstable homes leave lasting imprints on children.

Yes, the rules concerning marriage in the Catholic Church are complex and demanding.  However, their intent is to safeguard and respect the vocation and sanctity of the sacrament.  How to bring these two realities, the restrictions, and the intent, into harmony is a challenge for all who love the Church.

NEW! Sister Elissa will be offering an Annulment Workshop here at OLC on Saturday, February 22, 2020.

Sr. Elissa Rinere, C.P. has been a Passionist Sister for over 30 years. She holds a Master’s degree in education from the University of Rhode Island and a Doctorate in Canon Law (J.C.D.) from the Catholic University of America.