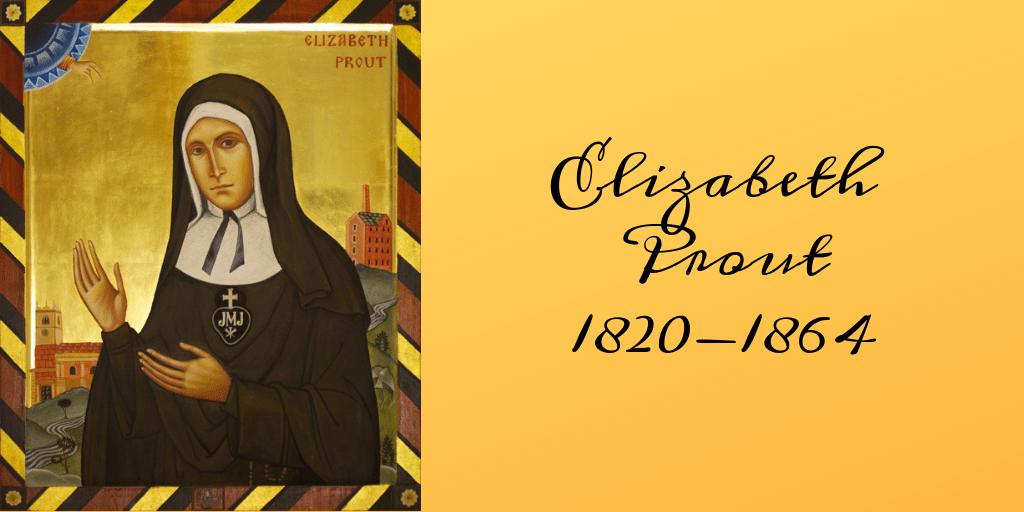 Elizabeth Prout, also known as Mother Mary Joseph, was the founder of the Sisters of the Cross and Passion. They own and operate Our Lady of Calvary Retreat Center. Elizabeth was born on September 2, 1820, in England. She died on January 11, 1864. At the time of her death, the religious community she founded was small and poor.

At the end of the 20th century, a renewed interest in the life and work of Mother Mary Joseph provided the impetus for the cause for her canonization to be opened. Her body was exhumed on June 20, 1973, and on July 30 reburied beside Passionists Father Ignatius and Blessed Dominic in a new shrine at Sutton, England.

Now, the cause for the canonization of Elizabeth Prout has reached another milestone. Early in January the Positio, which is all the documentation concerning her life and acts of heroic virtue, was reviewed by the theologians of the Congregation for the Causes of the Saints at the Vatican and approved. Later this year the Positio will be reviewed by the Cardinals and bishops of the Congregation. If approved again,  the recommendation will be given to Pope Francis that Elizabeth Prout be declared “Venerable.” It is hoped that this level of the process will be completed to coincide with the 200th anniversary of Elizabeth’s birth in 2020.